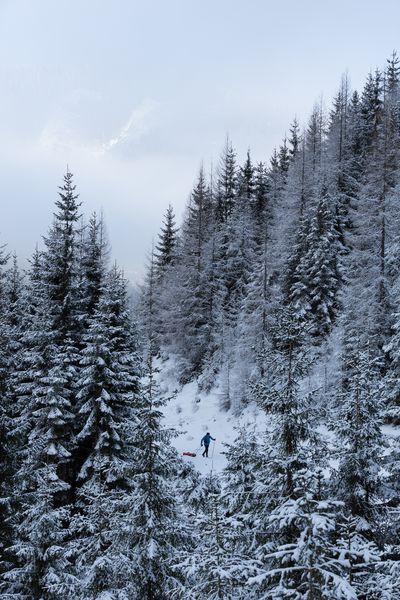 Helpful Things to Know About Flashlights

If you are in need of reliable LED lights and lamps, you can count on The Flashlight People. We have carefully outlined some valuable insights about flashlights that may benefit you.

Regarding Power or Battery Consumption and Flashlight Quality

Question: I am looking for a new flashlight and want to get an LED type as I am told that is the correct thing to do. I went to my local hardware store and found that most of what they had were the Maglite brand, which is what I have, and I really like it. The package said it was “3 watts,” which I assume is really good, but I can’t see that indicated on your Coast LED flashlights. Why is this?

Answer: You are correct—the brand you reference does seem to advertise their 3-watt LED. This is very honest, but if you look further, you will see that it is the LED manufacturers’ rating only. In addition, if we reach back to Physics 101 in college, we may remember that Watt is a measure of power consumption only and has nothing to do with how much light your new flashlight will actually put out, so we are not quite sure what they are trying to tell you.

Question: Do your flashlights require some sort of exotic, expensive, hard-to-find batteries?

Answer: No, the majority of Coast™ flashlights require either the AA or the AAA batteries. These batteries are easy to find and are not costly. In fact, you probably already have a supply around for other electronic devices you have. Please also note that each of the Coast™ LED Lenser® products offered clearly indicates what you can expect from the battery life.

Question: I notice you have indicated the use of primarily AA and AAA batteries. This certainly can’t be as good as the larger C or D cell battery, which have much more power?

Answer: You are correct when talking about the century-old incandescent flashlight. Approximately 90% of the power used in an incandescent flashlight is consumed for the generation of waste heat since it has a small filament, which is being heated up. LEDs, on the other hand, use only 10% of the energy of the old-style incandescent devices and put out very little heat. In other words, virtually all energy consumed by an LED flashlight is converted to light, and therefore you can get by with a lot less battery power.

On Flashlight Size and Capability

Question: Looking at your indicated specifications, most of what you have are very small. These can’t be very good, can they?

Answer: Please don’t judge performance based on size. Good things can come in small packages. LEDs are very compact, and as a result, a great deal of light can be created and emitted in a very small space. You will not likely be able to use one of these flashlights as a billy club, but if you want and need a good deal of light, then one of these Coast™ LED flashlights will make a good choice.

About the Brightness of Light Emitted

Question: As the batteries drain down, what will the light do?

Answer: First of all, the light emitted from an LED flashlight is a white light, not the yellowish light we get from the old-style incandescent. Unlike the incandescent device, which just gives us a dimmer yellow light, the LED will continue to produce a white light.

Now, for a bit more of the technical nature of LED flashlights, while LEDs will not generate nearly the heat of an incandescent device (90% less), nonetheless it does put out some heat, and that heat needs to be dissipated. Coast™ LED Lenser© LED Flashlights are engineered with heat sinks to dissipate the small amount of heat there is.

As the batteries are used up, you will see a small reduction in the amount of lumens or light output, but in most cases, it may not even be perceptible.

Question: I have heard that LED flashlights will only put out 100% of their light for a very short while and drop back to as much as 50% of the light. What is the deal here?

Answer: What you have heard is true for some of the flashlight manufacturers. If the LED flashlight is engineered with either no heat sink or an inadequate heat sink, the light will dim back to as much as 50% in just a few minutes. While it is true that LEDs do put out very little heat, they do put out, some and whatever amount of heat is generated, it needs to be properly dissipated.

Coast™ LED flashlights are all engineered with heat sinks so you will not experience a big decline in the amount of light. If you plan to use your new LED flashlight for only a couple of minutes at a time, lack of a heat sink may not be a big deal, but if you intend to use this because you need the light, you best have an LED device such as the Coast™ LED Lenser®.

Question: Are all LEDs the same?

Answer: No, not all LEDs are the same. In fact, this question will be discussed in more detail at a later time. Some manufacturers save money by using cheap LEDs. Coast™ LED Lenser® lights use only the highest-quality Nichia™, LumiLED™, and Cree® LEDs. ®

Question: If I purchase a new LED flashlight and am told it has a particular kind of LED from a given manufacturer, can I then assume it will be a really good flashlight?

Answer: No, you can’t assume you will have a particularly good flashlight simply based upon what LED is used. LEDs are manufactured on silicon wafers in semiconductor cleanrooms. Due to the nature of the manufacturing process, the LEDs made from the center of the wafer are of much higher quality and thus provide much brighter light.

Coast™ LED Lenser® LEDs only come from the high-quality center of the wafer. In the meantime, the LED manufacturer needs to sell all his or her LEDs, and the lower quality LEDs will end up in someone else's flashlight. Unless it is clearly and completely stated, you may not be quite sure what you are getting.

Question: Where do I get replacement LED bulbs?

Answer: You don’t need any. Coast™ LED Lenser® LED flashlights to use LEDs rated to burn brightly for 100,000 hours, which is 11.5 years of continuous light. In addition to that, all Coast™ LED Lenser® LED Flashlights come with a lifetime warranty. If the device should fail, just ship it back to Coast™ with $5.00, and you will have yours either repaired or replaced.

Question: Where can I find a set of standards for LED flashlights to help me make a more informed buying decision?

Answer: We don’t think any such set of standards exist at this point, although there has been some suggestion that a set of standards should well exist. This subject may likely remain open for some time to come. In the meantime, you have to look at the manufacturers' specifications and make the best decision you can.

If a particular manufacturer does not publish real performance data, I guess I would have to question as to why not. We provide all the specifications to help you make a more informed buying decision.

About Us and Our Products

Question: I notice your website is called High-Performance LED. What does that mean?

Answer: It means simply that we only want to sell the best. The best is a combination of light emitted, battery life, specific uses, and manufacturer’s warranty. We believe we can offer that with the Coast™ LED Lenser® products and are proud to offer them to you.

Question: I notice you don’t have any other brands. Why not?

Answer: We believe we have only the best to offer to you, but more importantly, it is difficult enough to decide what LED product to purchase; to throw some other brands into the mix did not seem to make it any easier for a purchase decision to be made.

Question: I see you have a group of products called general purpose and some called pro-duty. What is the difference?